X
This site uses cookies to provide and improve your shopping experience. If you want to benefit from this improved service, please opt-in. Cookies Page.
Accept Cookies
**FREE UK MAINLAND DELIVERY ON ORDERS OVER £40**
Whitakers Chocolates | Our BlogChocolateThe history of the chocolate Easter Egg
Menu 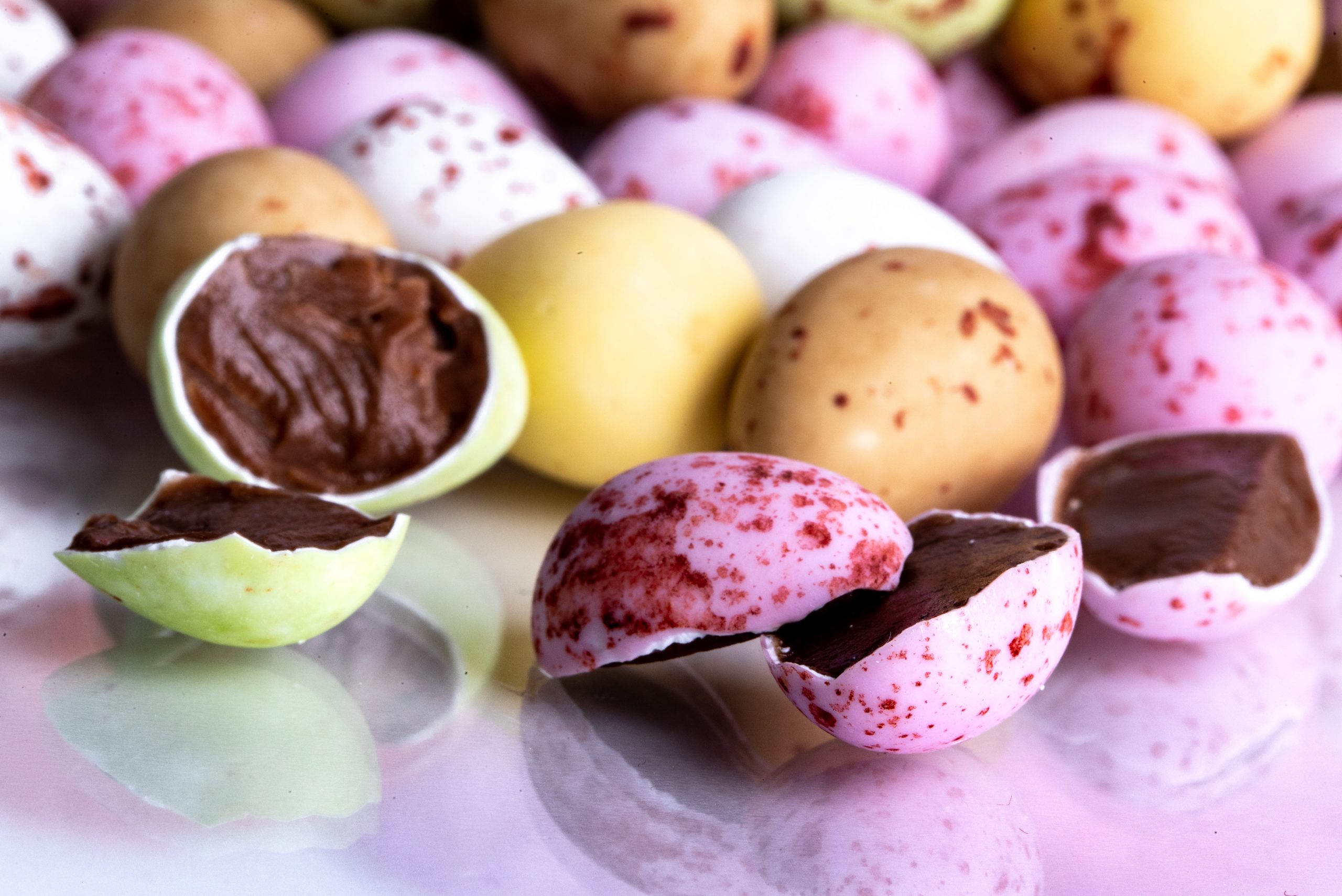 The history of the chocolate Easter Egg

Why has Easter become a chocolate festival?

Easter in the UK is all about chocolate. We spend a whopping amount of money on Easter eggs and Easter treats, which equates to thousands of tonnes of chocolate used every year.

We never stop to question why eggs are a symbol of Easter.

But there is a good reason for it.

But chocolate is one thing you won’t find in the original Easter story, which tells of Jesus Christ’s crucifixion on Good Friday and his resurrection three days later.

Originating in the northern hemisphere, Easter draws heavily on pagan traditions marking the change in seasons, as winter gives way to spring. Symbols of renewal and fertility – like the egg – feature in both pagan springtime rituals and the Christian celebration of Easter.

Egg decoration is an ancient tradition common in many cultures. Eggs are often decorated during celebrations marking Persian New Year, which falls on the spring equinox in March each year. In Egypt, egg decorating features in the springtime festival of Sham el-Nessim. In Poland, pisanki, or decorated eggs, predates the arrival of the first Christians.

The decorated egg found its way into Christianity, where it came to represent the resurrection of Jesus from his tomb. Early Christians in Mesopotamia stained hardboiled eggs red to symbolise Christ’s blood, a tradition still practised in the Eastern Orthodox Church. Natural dyes like onion skin and beetroot were used to colour eggs, which were sometimes etched with elaborate patterns.

The most expensive Easter eggs ever made were created by Fabergé for the Russian Imperial family between 1885 and 1916. Created as gifts for the tsar’s wife and mother, each of Fabergé’s unbelievably lavish Imperial eggs opened to reveal a precious surprise. Of the 50 produced, the location of 43 is known. In 2014, the previously missing Third Imperial Egg, valued at $33 million, was recovered from an American flea market.

With Christians not allowed to eat eggs and other fats during Lent, eating one on Easter Sunday was viewed as a special treat and this soon became tradition and still grows in popularity today.

It wouldn’t be Easter without the Easter Bunny, which appears to have originated in Germany in the 17th century. Known as the ‘Easter Hare’, this mythical character distributed eggs to children who had been well-behaved, in the same vein as Santa Claus. Like eggs, hares and rabbits have a long symbolic association with fertility.

And then there’s the hot cross bun. An English tradition dating from medieval times, the spiced sweet bread is topped with a cross made from flour paste to signify the crucifixion of Christ. Originally, hot cross buns were intended to be eaten on Good Friday, but today supermarkets stock them, somewhat controversially, from as early as January.

Another Easter treat is the simnel cake, a light fruit cake that’s popular in England and Ireland, topped with 11 marzipan balls symbolising the apostles, minus Judas.

If like the rest of us you love Easter and the gift of giving, we’ve got lots of lovely Easter chocolate treats for the whole family. Choose from creamy milk chocolate Easter themed chocolate bars, Easter chocolate Neapolitans that are ideal for Easter hunts! and much much more.